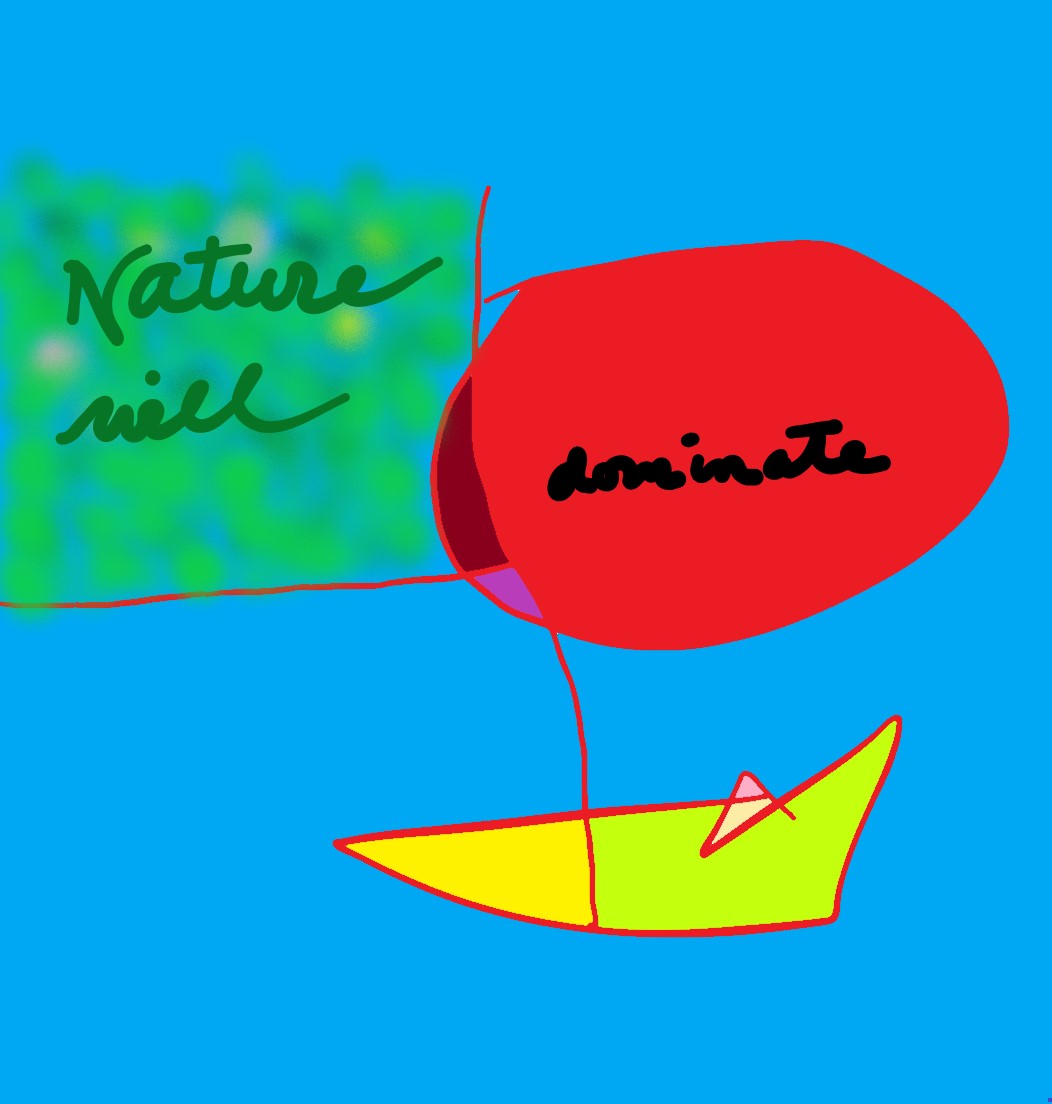 The global news is so startling today! No vaccines in Haiti, huge protests in Greece against vaccines, and the Delta variant gaining ground in the U.S.  …it’s prompting me to post what I wrote a client who emailed their reasons for not getting vaccinated.

“…what I think is going to happen, because of a lack of vaccinations, is that the virus is about to go CRAZY with its mutations… it has a spectacular end. I’ve written in the past that it’s engineered to kill us, and there’s something uniquely energized at its end. Without rules in place to vaccinate people and without countries’ receiving the vaccine, it has a crazy dance of death at the end. Vaccine makers will need to keep on making vaccines…”

Innovators could develop a fix to escape the fate of not outrunning the coronavirus: a shot or a pill or some innovation that killed them all forever. But in the meantime, leaders of all stripes and large numbers of people seem to have signed up for a science experiment.

P.S. in that email, I don’t mean the virus was engineered to kill any particular people, or that it was set loose on purpose, it was just engineered to kill. This idea showed up in the very first mention of the pandemic in the Summer 2019 newsletter, about something that was coming, “man-made or natural”, that stopped everything. 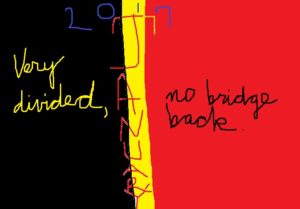 UPDATE: (January 16th, 2017) I finally understand, three weeks later, what the Speaking Stones were showing me on the Winter Solstice 2016 about Trump and the people in power now.

The Speaking Stones showed Trump on top of a tangle of hidden roots, people who had dealings with each other for decades, and were in a “coup” position, an international group that Trump was the face for. It seemed too extreme a picture, showing me a hidden power base, a hidden agenda of power-seekers and power-grabbers. I toned down this interpretation for my newsletter, see below. But my first impression may have been the Stones reflecting collusion between the Trump campaign and Putin, and the hidden business interests of the giantly wealthy.

Is Trump’s time in office so short-lived it, he doesn’t register on a psychic level? I just can’t see him or feel him there…I wonder why. I knew he was going to win the election; I felt that strongly when the Clinton campaign betrayed Bernie and his followers in early 2016. It will be hard for Trump to stay in office this year…between the first solar eclipse in February and the second one in August, the forces should push things along to ejection phase.

1st UPDATE: The first info I got on the Winter solstice 2016 for the year ahead was no fun: it was a pictograph, and showed 2017 on the left, and a long arrow representing the whole year, and it said, “Very fast, very bad.”

Another left-out message in the 2017 newsletter posted below, now that I go through the notes, is that China would grow in strength.

Gold would go up and down and then up towards the end of the year.

People will spend time trying to figure out, “What happened (in America)?” This can be a way of not dealing with radical change that has befallen us, one and all. The only effective thing to do if what’s happened can’t be stopped, is to take action to create another, preferred change.

The stock market looked like it would go quite down according to another pictograph, but it’s my understanding this is highly unlikely and not what’s expected; maybe the pic just registering volatility. The Uranian influence on the year suggests volatility.

The Individual’s Experience of 2017: The stars impel us to seek freedom: freeing yourself to be yourself is paramount. The urge to shed whatever binds you is overwhelmingly powerful…the forces of disturbance that mark 2017 can help you release what you don’t need.

Snapshot of 2017 as a Collective Experience: “Things fall apart, the center does not hold”…the unexpected hastens what’s falling apart. In the U.S., first there’s the new administration’s big power grab; then, lack of unity has consequences, and things don’t hang together. Tremendous covert operations and corrupt activities are revealed.

I’ve read ancient prophecies foretelling the decline of future civilizations, and they usually begin with a statement about power getting into the wrong hands. The U.S. president elect brags about assaulting women, makes fun of disabled people, and actively discourages a free press. Let’s hope it doesn’t turn out like it’s likely to.

Various divining techniques show that the country “takes a fall”. We are divided, and we don’t yet have a way to get back together. The United States is more of a dangerous place and a target.

It’s likely that cutting out the established power in Washington will bring some positive developments. However, my Speaking Stones emphasize how the true power players in the new Washington have their hidden power-grabbing agenda they are allegiant to, and can’t be swayed. Much will be hidden from the public. The collective sentiment can grow into: “We’re going to have to take the power back!” Worldwide, “power” is a big issue this year.

Billionaires may come through with a lot of gifts, helping to educate Americans. At this time there is a kind of veil over the future in regards to what to expect. Changes wrought seem to disrupt peoples’ money flow.

NEW WEATHER DISTURBANCE? I’m not sure what this is but it came through in a drawing when I was asking for relevant info about the year. It was a natural phenomenon that involves winds and water, and changes environmental conditions in the future. It felt like something coming back to bite us. I drew a circular pattern of “winds” like trade winds, which create some disturbance in the tides or seas, and this looping-back dynamic affects winds and ultimately impacts people.

SIGNIFICANT STAR PATTERNS IN EFFECT IN 2017

As an omen for the New Year, it doesn’t get any more striking than early January’s Sun conjunct Pluto. On a personal level, now the deepest, darkest roadblocks to change can finally begin to dissolve in the heat and the need for change. The cosmic forces are intense that guide our transformation. But hang in there, Sun conjunct Pluto also connects us to the light; it’s associated with the process of bringing the dark into the light, and allowing love to grow. A lot of healing and vibrant creative expressions go on in 2017, as the Self is freed to love again.

As an influence on societies and governments, Sun conjunct Pluto can bring out the dark side: bloody revolts, terrorism, racism, hate crimes…the usual suspects when people are willing to be a channel for the negative thought forms our collective consciousness produces. Expect outbursts of ugly behavior, and keep the focus on creating an alternative.

The New Moon Solar Eclipses of February 26th and August 21st, 2017: Mars is conjunct Uranus the day of February’s eclipse. This can bring sudden upsets that impact society, as well as sudden breakthroughs. Be careful out in the world, people can act recklessly and be self-centered.

How to work with the eclipse energy personally: In the right hands, these planetary energies are potent game-changers. Tremendous innovations and technological breakthroughs are possible this year, and creative people will be particularly energized under this new moon’s influence. You can use this energy to throw yourself into a challenging project that’s got your name on it when all is said and done. Expect creative breakthroughs when you direct your energy at a positive goal.

The August 21 new moon solar eclipse will literally make the day dark in parts of the United States. The news could be dramatic. Whatever direction things are going, the speed of change ramps up. The eclipse happens near Regulus, a star associated with governments and leaders, and an omen of change in leadership.

Personally: In Leo, this eclipse is like a burst of energy from the stars that empowers the creative self. Opportunities can now come to you and lift you up, especially if you have been laying the groundwork for what you want to do.[/st_text][/st_column][/st_row]

The early Spring seems to require a great deal of physical effort: people have to do a lot to reach an objective, or remove what has been immovable, or make it through a change. This is a tougher time, and more muscle and persistence is needed this Spring to move ahead. A good time to “act as if” and you plow through the patchy circumstances.

Look for opportunity with people you already know, whom you are already in contact with, to help you on the next leg of your journey. In Spring, opportunity tends to be closer to people than they realize.

As Above, So Below: Much is emptied out of peoples’ personal and collective landscape this Spring, but it makes peoples’ time be filled with things that are headed for the garbage. Existing structures are deconstructing; bombshells are going off, the culmination of past conflicts.

Parting of the ways: Sometime in the middle of summer July-August, there will be more of a division among people in that many stop sharing a fate with others; many will feel it’s time to stop paying attention to the news, and focus actively on one’s own endeavors and world vision. In the next few months, so much will be let go of and no longer subscribed to.

Future infrastructure: The building blocks of the future our in our midst but not hewn, and there are lots of trial and error, competing possibilities that don’t add up to much. There’s some synchronization of alternative energies and new understandings in physics, enabling them to work together.

For entrepeneurs: Because innovation has such strong potential now, it’s better to work with–if you are an innovative or creative type–your own unique tools, skills and vision. It looks like the people who achieve success, or early success, have space around them where they’re not consulting on their direction a lot, or following others. All that matters is what you can see to do now–and what you have vim and vigor for.

Personal growth: If you acquired a negative view of yourself, its roots and source are likely to be revealed now. Just like you took steps to establish and cement self-judgment, there are steps to take to go another route, based on another relationship with yourself. This Spring provides the experiences, occurrences, circumstances and opportunities to take those steps to re-establish a new and better relationship with yourself, and forge another path forward.

From December 2009 winter solstice notes about 2010: “This Spring: There’s some huge change that is either imminent or obvious in Spring…or whatever huge change really does happen in 2010, it looks like it’s in the air then. It looks like people are moving full speed ahead with change in their lives… a lot of things have changed for a lot of people by the time it’s over.”