[st_row][st_column][st_text id_wrapper=”text_2c184e1e1d10e1a5eb79f9bb480fe2a7″ ]These predictions came out of a bout of boredom driving down the highway in New Mexico, on the way to Albuquerque from Santa Fe…I began thinking about my last client, a young French woman on Sunday April 24th, the day France voted. In a relieving email exchange after our session, she let me know that France had gone with the moderate, and that she was quite sure that Marcon the moderate would win the May 7th run-off as well.

Great, the world didn’t have to worry about more chaos and right-wing power installations. I pulled out my car deck of tiny tarot cards just to see what they would say about Marine Le Pen, the anti-immigrant fascist-type candidate.

They said that it was her time and she knew it. It occurred to me that my client could be like the many liberal American women who never thought Trump could win…that collectively America would go for him.

On tv I saw supporters of Le Pen acting as if she had won, looking like they felt very sure it was a victory although she lost to Marcon, dancing all around and singing. It looked so crazy, considering she lost by some points, unless they knew about some silent majority or other game-changer that would make her a winner on May 7th.

The Marcon win happened while Mercury was (and is) retrograde, so the run-off when Mercury is direct May 7th, has more potential to not concur with the Mercury retrograde scenario of April 24th.

P.S. (added as an update a few minutes after publishing): I just remembered I also asked about Marcon, the moderate, and it said that he would come to find out what he was up against – and that being inexperienced/young or not equipped to fight i.e. bringing a knife to a gunfight – would be the opposition he encountered on May 7th.

Here’s what else I got asking the tarot:

Nothing to worry about vis a vis North Korea and the U.S., it is going to end well or better than expected between the two places; war is a non-starter, not what the outcome is of current interactions. There was the suggestion that it served to calm things down and gain a better position…it certainly got Russia off the Trump administration’s back for a week or two.

Re the Trump administration, the cards suggested it doesn’t go anywhere; it is wanting to be a big change; it is very expensive and costs the U.S. a lot, and yet nothing gets organized, or the energy gets fragmented. The only other explanation of what the cards were showing me that makes sense is, Trump somehow ends the model of the role he is fulfilling. Could the Trump administration be so destructive as to end democracy as we know it in America?

I started thinking about Ivanka Trump, that perhaps in her mind she was positioning herself to be a female president, and the vibration of that vision alarmed me for a startling reason: the combination of Kushner and Trump was dangerous. It were as if not only Donald had connections and agendas that threatened the planet, but Melania did, too.

I’m paying special attention to this week’s stars for personal reasons, but once I started looking, out came messages for the fire, water, air and earth signs…so below are your elements’ messages from the stars for mid-April, scroll all the way down to the bottom.

I’m curious about Thursday because I’ll be on a stage in Las Cruces, doing something new at a new kind of festival. A major planet (in astrology at least), Pluto, is going retrograde on that day, April 20th…but here’s what it means for everyone generally:

Pluto actions highlight the gaining of power, the drive for success, and power struggles. Retrograde, it suggests that within themselves, individuals come to realize they have to give something up, whatever it is that’s getting in the way of success. Pluto asks people to root deep within for whatever belief or habit is a thorn in their side. In short, it says a more successful way of being comes now from getting to the root of internal obstacles and rooting them out, so you’ll probably have some big “ah-hah” moments coming up. People will likely know what they need to give up…something or someone they have thought many times of letting go of, but maybe now some new knowledge creates a successful letting-go.

Mercury retrograde gave two messages, one about politics, and the other about the potential for establishing a new order in peoples’ lives, a new balance…it went retrograde as the moon got full in Libra on April 10th. Last week the planets said expect lots of trickery, sudden bolts and about faces out in the world. For individuals, a positive use of the full moon cycle is that in the next couple of weeks, a new personal order can be established. It will take you more speedily to what you need and want. It will be easier to cut out the excuses and the dead weight, and easier to intuit the deeper wisdom you need. Expect lots of change!

On the political front, the Mercury Rx message was: : Oh, the lies, the lies, bigger and bolder and more extreme than ever before …and by 2019, everybody’s going to know everything that went on.

FREE INTUITION Mini-Workshop. Please come if you’re in Las Cruces at 5 pm on Thursday, April 20th. The focus group I did it for thought it was fun! It’s at Young Park, the Education, Art, and Music NM420Fest.

If you are interested in a new kind of Santa Fe intuition workshop I’m thinking about in May, please get in touch. It will either be two or three days, May 18-19th, or May 18th, 19th, and maybe a half-day on the 20th for a Saturday circle. For more info please call 505-982-3294 or elissa@elissaheyman.com I’ll post more info soon on my website.

About these horoscopes: They were done in a method that gives very abrupt messages, from astrological symbols drawn in the sand of an arroyo nearby…the signs are arranged inside a circle that’s quartered to represent the south, north, east and west, and then one of them starts talking…

For the Fire signs, Aries, Leo, and Sagittarius: Fire Leave self doubt out of the equation and just do, fire signs…just do one thing after another and stop making a fuss and drama about yourself. Pretend you’re a Capricorn! They’re known for taking small, steady steps to the top of the steepest mountains.

For the Water signs, Cancer, Scorpio, and Pisces: Well, time to cut the cord…you’ll glug glug glug go down with the ship if you keep on being concerned about people or situations that you cannot change. (see comment about “smooth week” for Air signs below.)

For the Air signs, Gemini, Libra, and Aquarius: Volatility up ahead, do not engage in jagged energy coming your way. The best response is to walk away. (It must be a smooth week for you in other ways because only this warning is given.)

For the Earth signs, Taurus, Virgo, and Capricorn: This is your big push; this is not a time to cater to other people, this is a time to do for yourself, put yourself first, hoping for the best, and vaulting into some new arena. There can be wind beneath your sails through this week’s events.[/st_text][/st_column][/st_row] 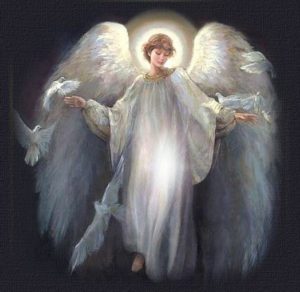 From the famous Lilydale in New York, home of registered mediums, comes Reverend John White with workshops and knowledge to share about the Akashic Records, creating a sacred life, medical intuition, and more! Here’s Tom’s email and his contact info is at the bottom. These are coming up SOON at Unity Santa Fe, so make room on your calendar for these special events: